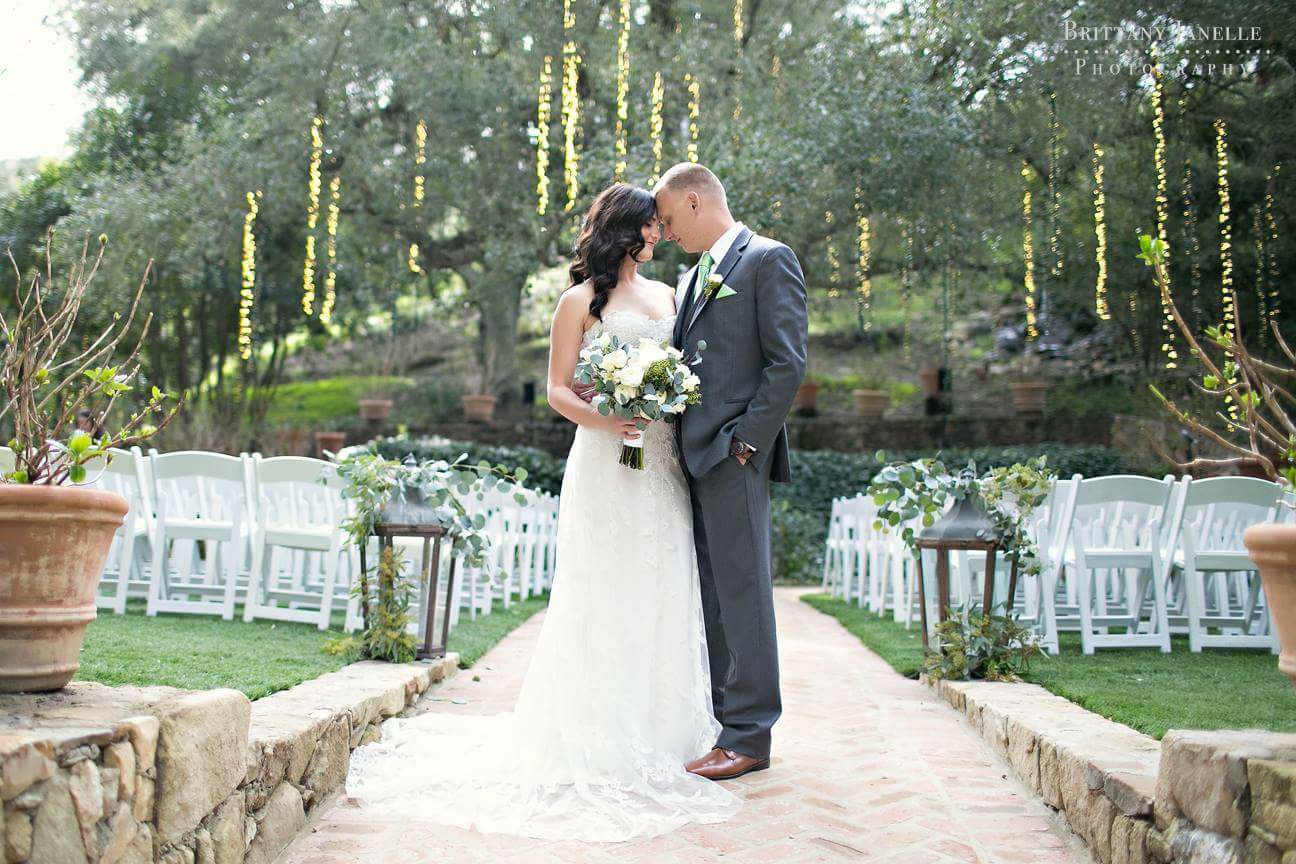 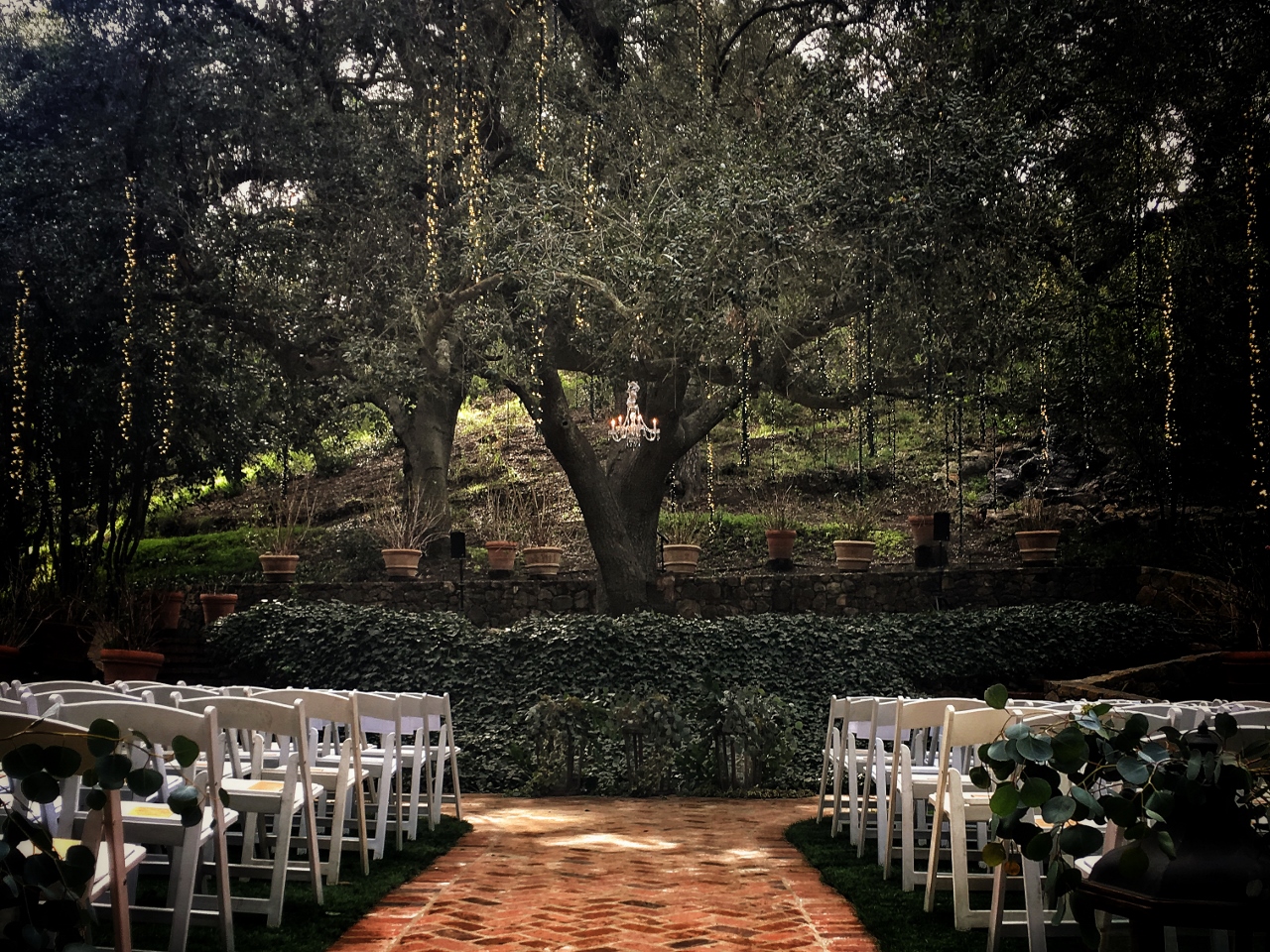 A calm moment before the afternoon ceremony.

Nestled in the hills of the Santa Monica mountains is Calamigos Ranch, the venue of our latest wedding story, featuring Josh and Danielle Miller. Also considered Malibu Wine Country, the natural aesthetic of the venue provides a stunning backdrop for the quintessential California Wedding. In the fall of last year, Clarence Mulligan the father of the bride, approached our CEO David E. Merrell to produce a dream wedding for his daughter Danielle Mulligan and her fiance Josh Miller. Going back to college days when the two shared a dormitory and bonded over pastrami sandwiches, studies and college football, Merrell graciously accepted the responsibility to create a special day Danielle and Josh could cherish for a lifetime. Mulligan originally reached out to Merrell for not only his expertise in design, but he also wanted suggestions on which venue would be the best choice for Danielle’s dream day. Off the top of his head, Merrell suggested a few options and also did some research based on a “rustic-chic ambiance with lots of trees and California sunshine.” After narrowing it down, the Mulligans and Millers decided Calamigos would be the perfect spot to complement their love and exchange their vows. 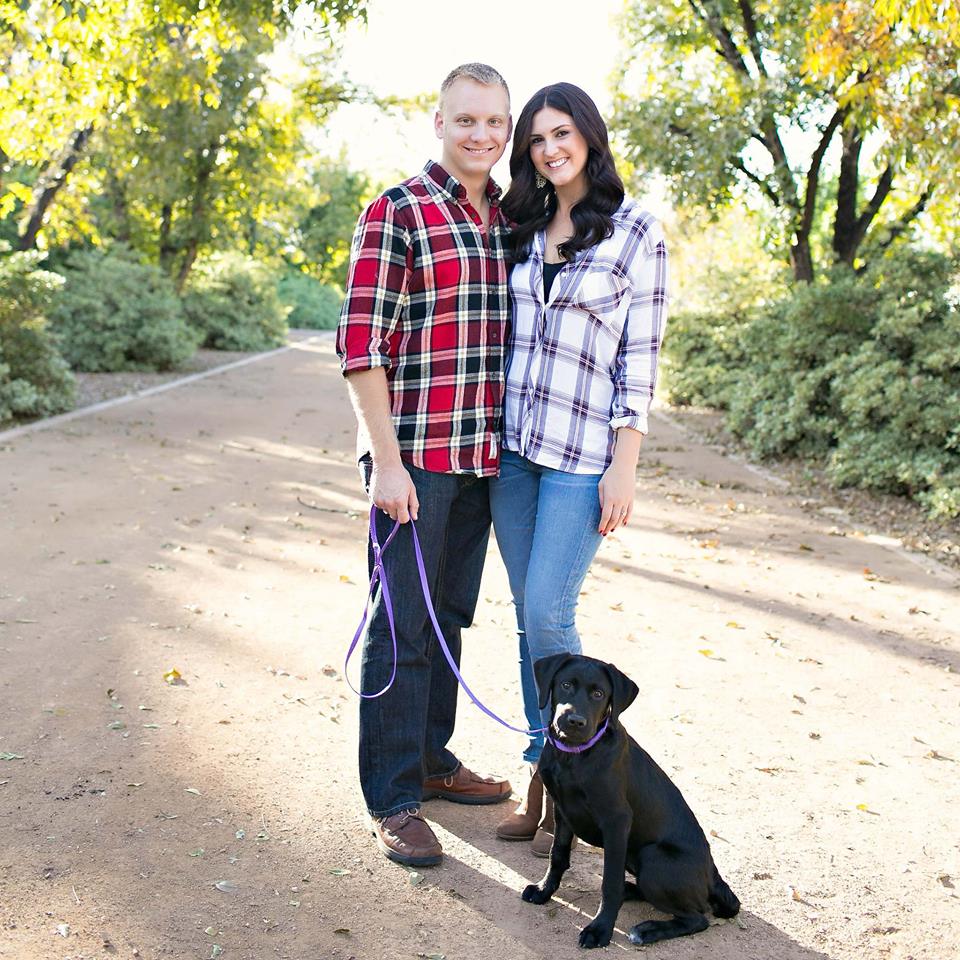 Danielle Mulligan met Josh Miller through a mutual friend. On their first date Josh took Danielle to a steakhouse and told her after dinner if she has ordered the only vegetarian option he didn’t plan on calling her again. Danielle impressed Josh with her selection and he was sold on inviting her out for a second time. According to Danielle’s mother Jeanette, “It’s silly but my son-in-law hates vegetables and loves to cook, so this was a priority.” The couple got engaged in the fall of 2016 and set a date of March 4, 2017 to exchange vows in front of an intimate group of family and friends.

Installation began on the morning of the March 4, with a call time of 8 am. AOO Events lead producer Jimmy Surace, worked together with our day-of coordinator, Kelly Melo, to ensure vendors would arrive on time and know where to set up once on site. There were two areas that needed to be detailed at the venue’s Pavilion at North Point, a lush green garden area, with a historic oak tree set in the center. In addition, the team decorated the Pavilion’s reception area, more than a few feet away from the site of the ceremony. 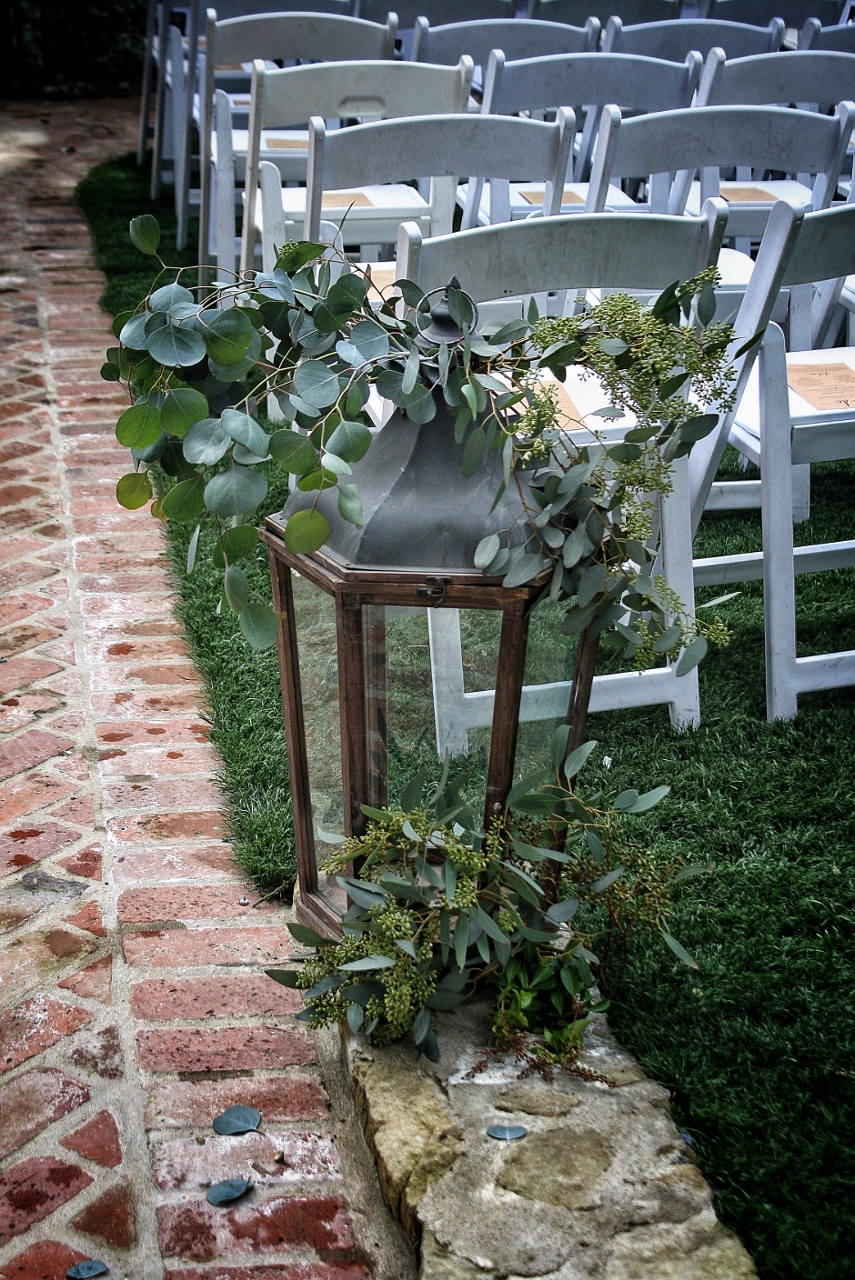 A string trio set the mood for the afternoon wedding, which took place at 4:30 pm on a clear day in the mountains. As guests began to arrive they took seat in front of the iconic California oak tree. There were four bridesmaids and groomsmen who stood on either side of Danielle and Josh as they officially became Mr. and Mrs. Miller in front of 100 close friends and family. 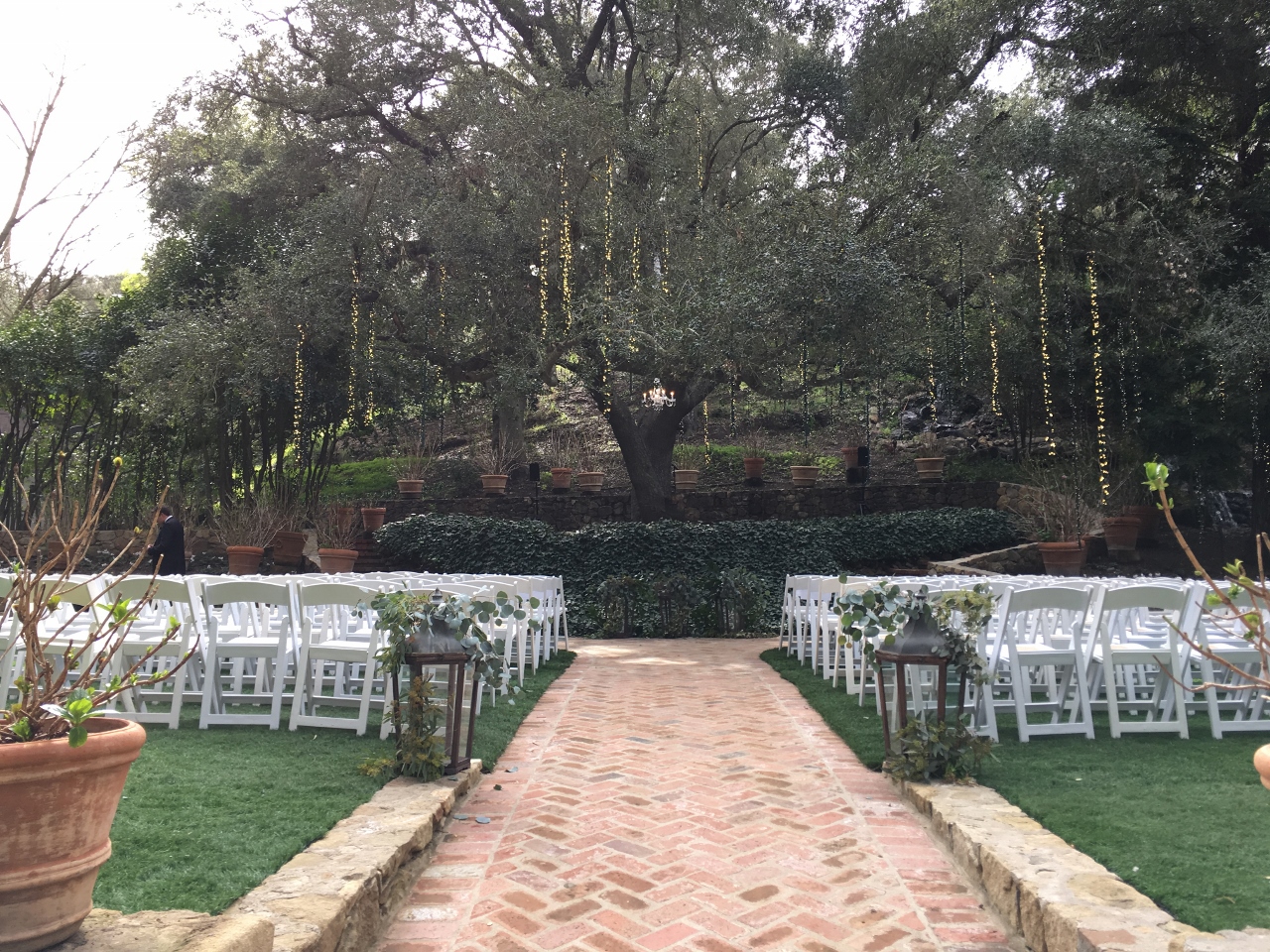 The ceremony took place at Calamigos Ranch, under their historic oak tree.

During the design process, lead designer David E. Merrell decided it would be best to include focal points of both the ceremony and reception in order to maximize the client’s budget. Merrell decided to suggest a chandelier that would hang on the venue’s wise old oak tree, in order to enhance the intimate feel. The chandelier concept would then be carried over to the reception to adorn the couple’s custom made reclaimed-wood sweetheart table.

Danielle and Josh worked with Merrell to provide images that would convey exactly how they envisioned their special day. Merrell suggested creating a private Pinterest board where everyone could share inspirational pictures to tell the story of Danielle and Josh’s special day. Following the final walk through at Calamigos, Danielle, Josh and Danielle’s parents visited the AOO Events warehouse, where they chose furniture vignettes from AOO’s signature Stone line, that would create intimate lounges on an open deck of the reception. The group also selected linens and final floral designs for not only Danielle, but the wedding party, and table centerpieces. 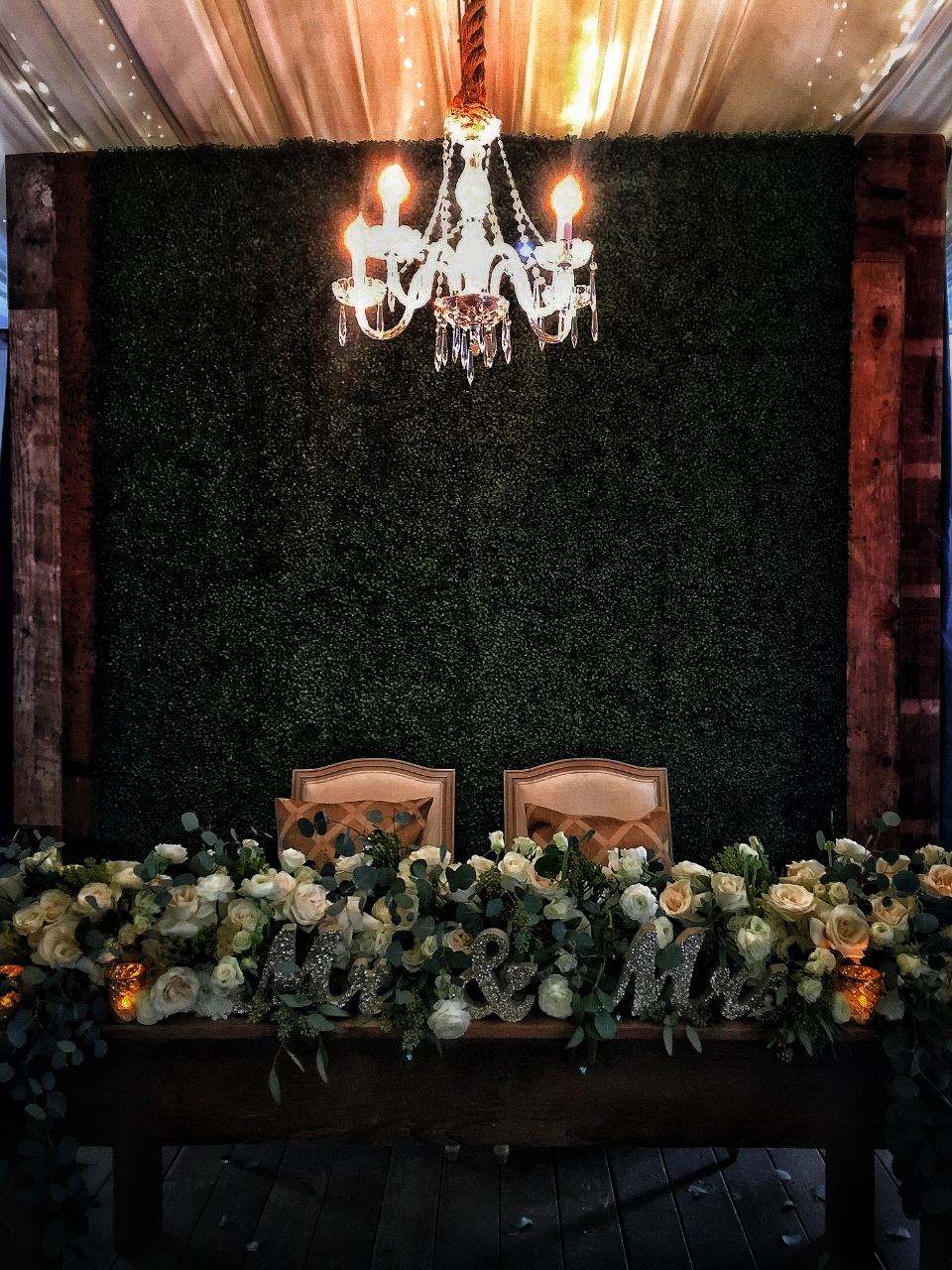 The sweetheart table was the prime focus of the reception which began after cocktail hour at 6:30 in the evening. The table became the center of attention not only for the design, but it also served as the backdrop for a first meal as man and wife for the happy couple. Set against a customized backdrop, the table was constructed in our on-site warehouse and chiseled from reclaimed wood. We adorned the table with a custom made floral runner, designed by AOO Floral’s new lead floral designer Anil Pacheco. The runner was a special take on Pantone’s Color of The Year, incorporating Seeded and Silver Dollar Eucalyptus sprinkled in with ruffled white roses and hydrangea. The centerpieces were placed around lanterns with glowing candle votives that really set a celebratory mood for the bride and grooms special evening. 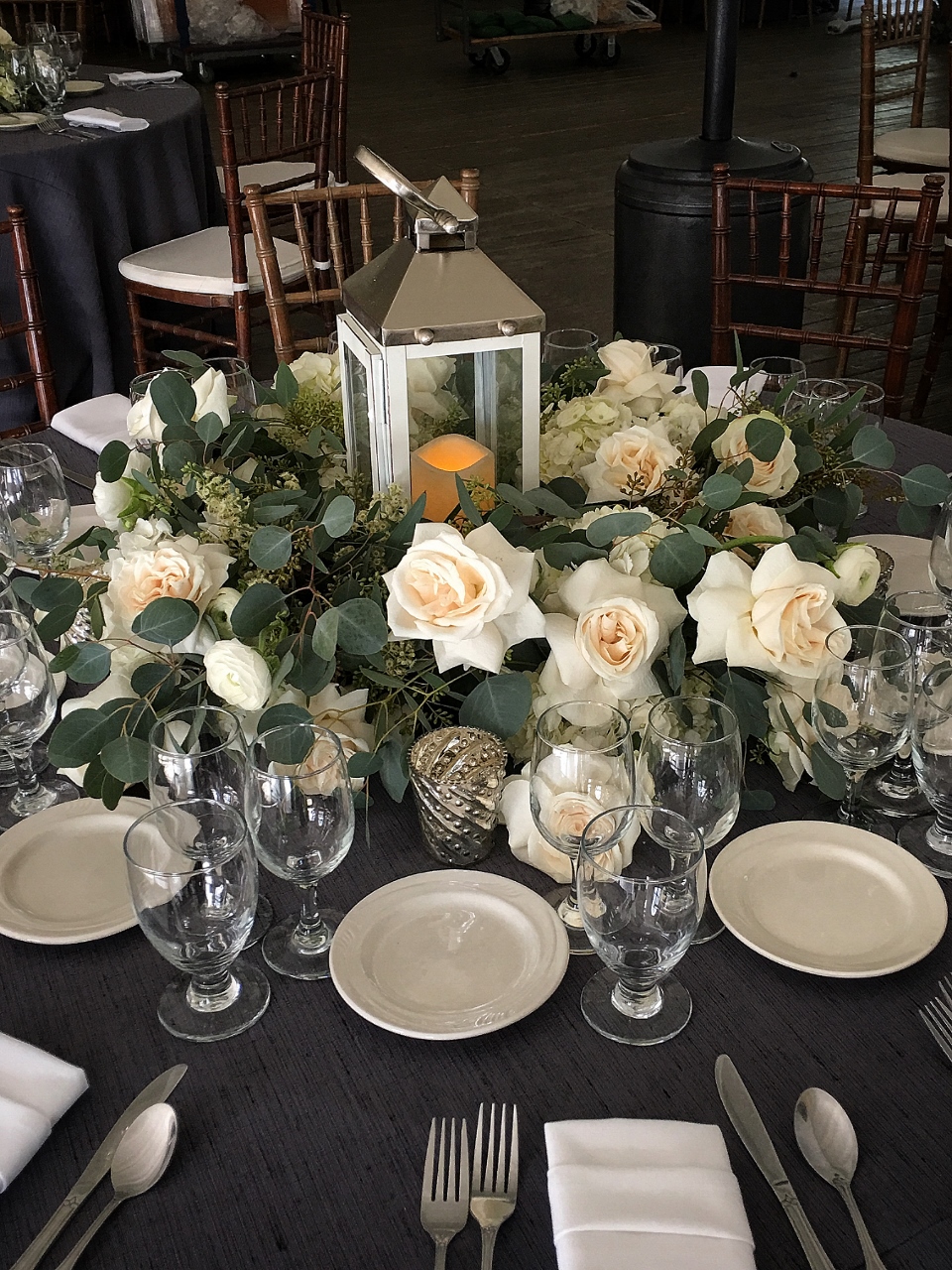 Several heartfelt speeches throughout the evening, solidified Danielle and Josh’s brand new union. Perhaps the most memorable was Clarence Mulligan’s salute to his new son in law for his exceptional military service over the years. Guests observed a moment of silence, not only for Josh but for countless veterans in the United States armed services. Also a bit of a bittersweet moment, as Danielle and Josh will head to Japan for the next three years as Josh will be stationed overseas. It was an emotional evening for the family, as they say goodbye while the newlyweds embark on a new chapter in their life.

Cheers to newlyweds Danielle and Josh Miller, we are wishing them a lifetime of happiness. View more photos of their special day here. 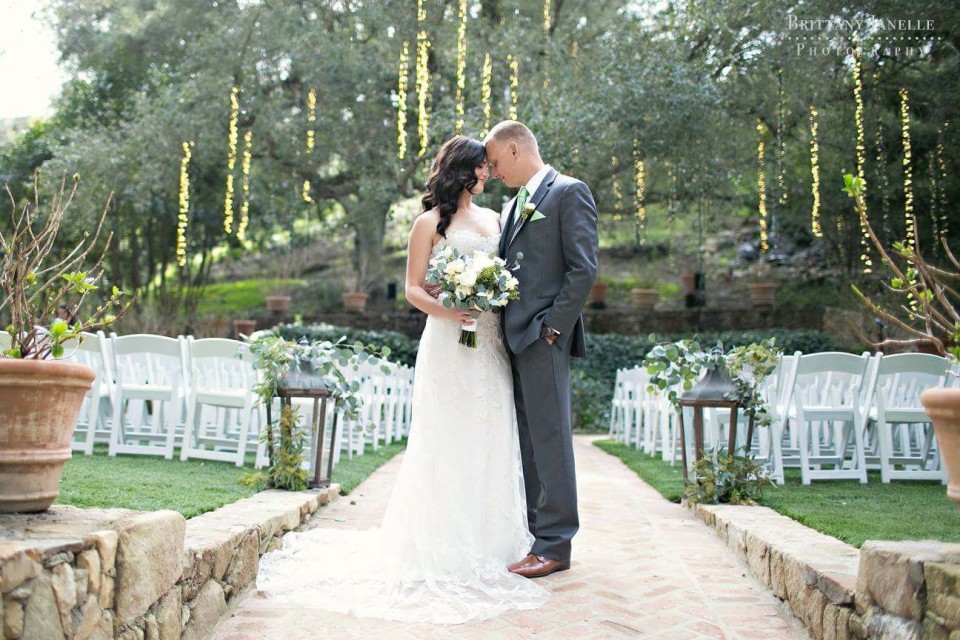 AOO Events lead floral designer Anil Pacheco worked closely with Danielle and Josh to create arrangements that would be exactly how they envisioned it for their special day. 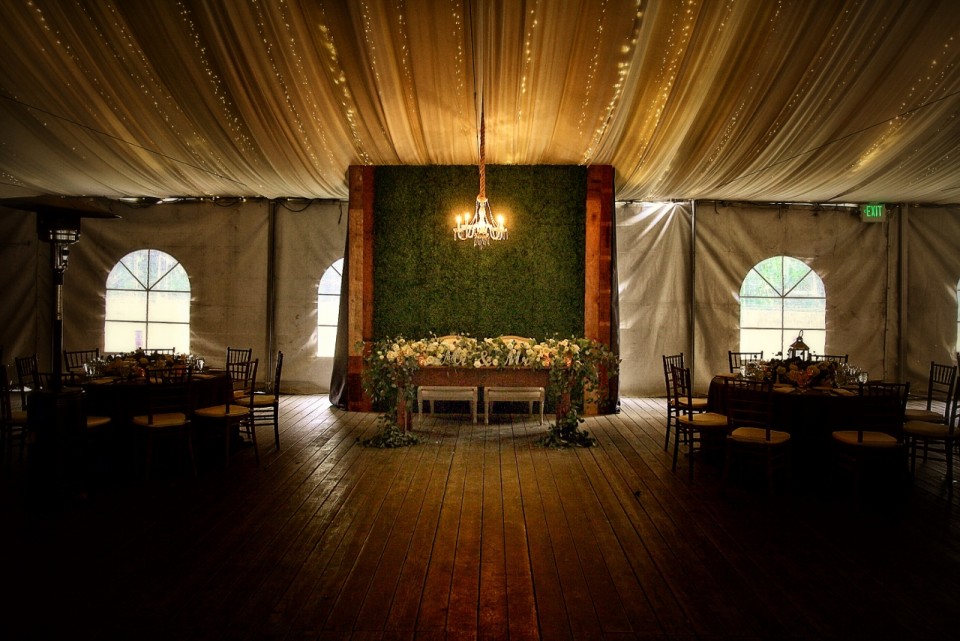 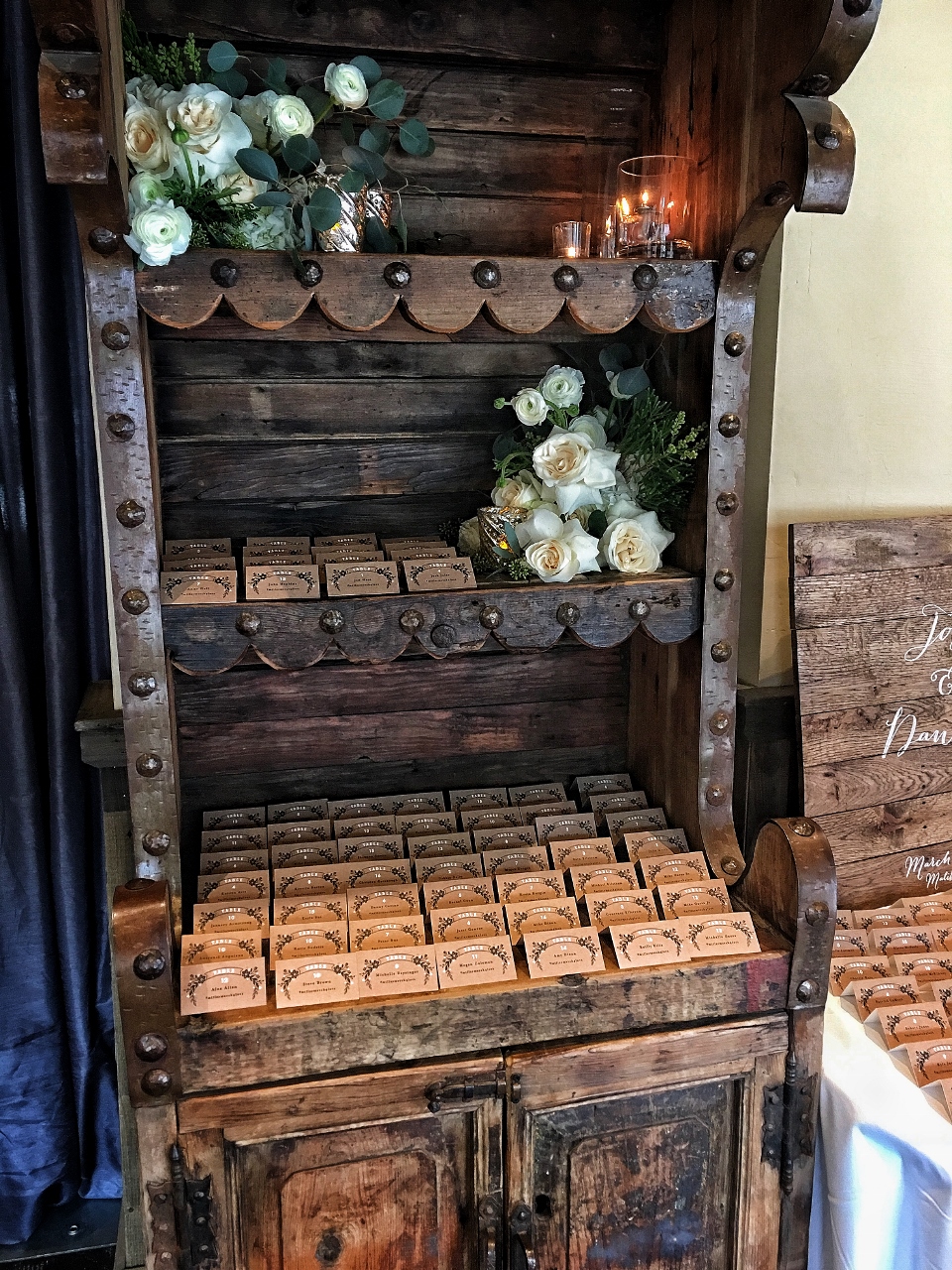 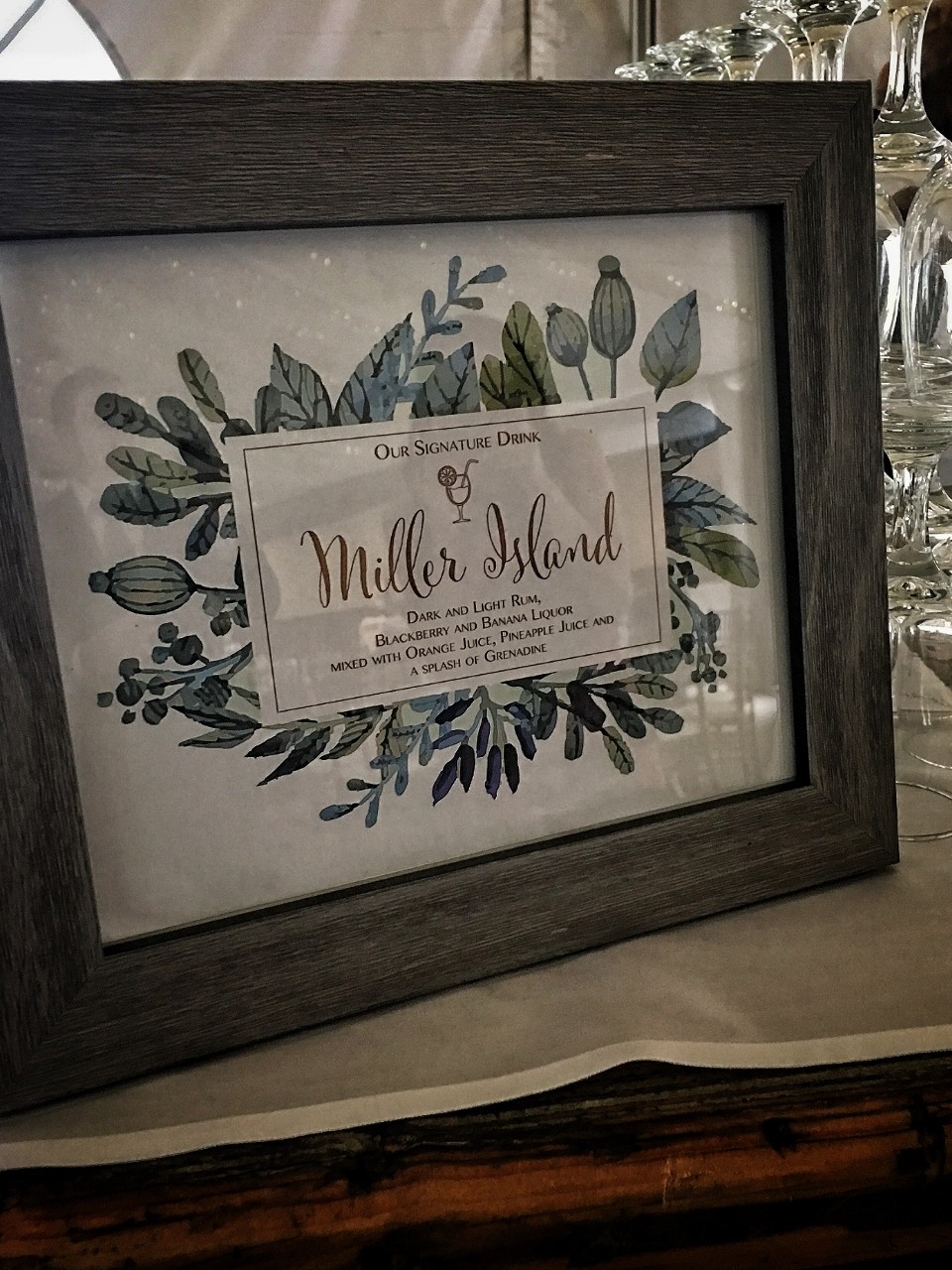 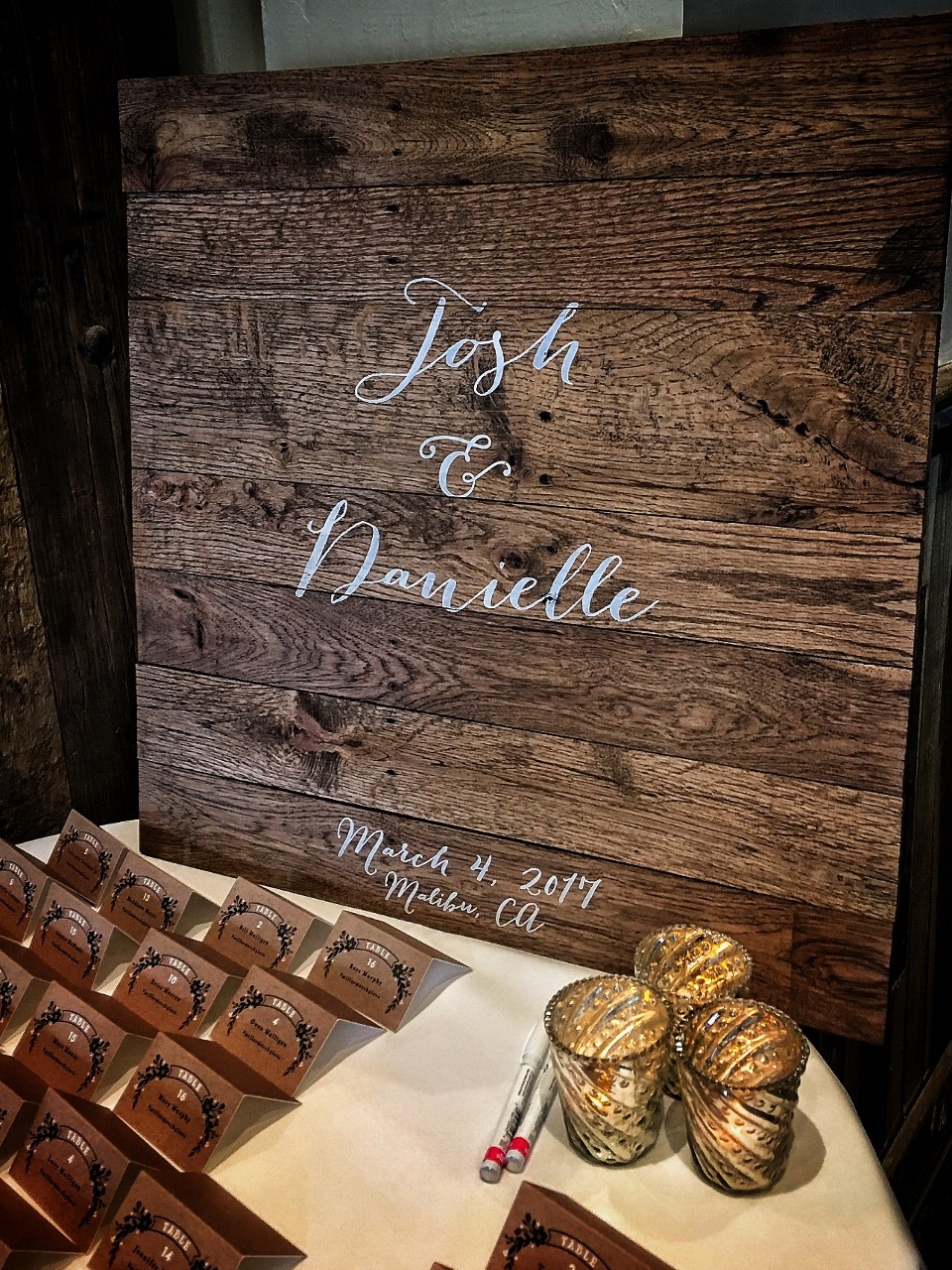 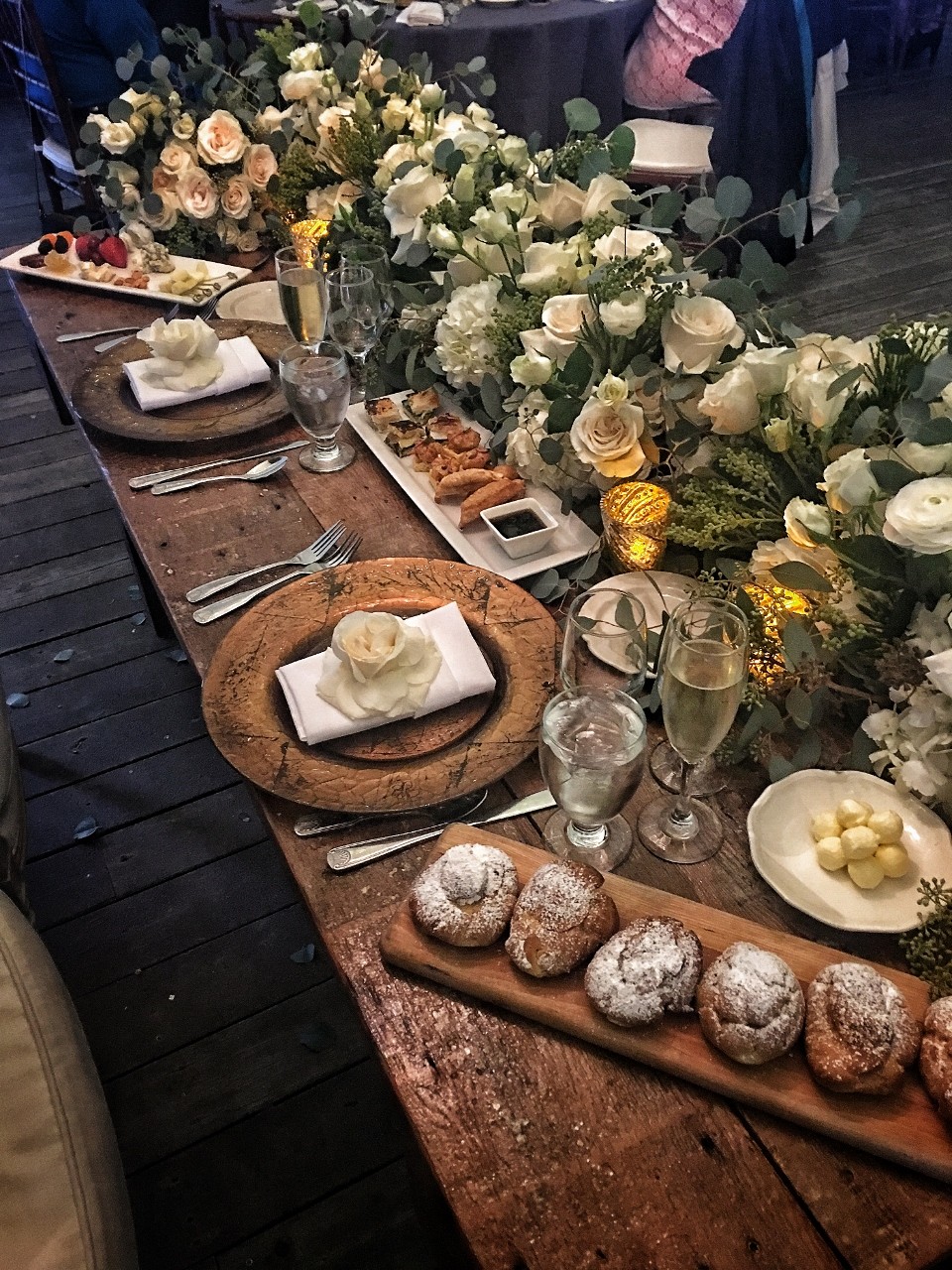 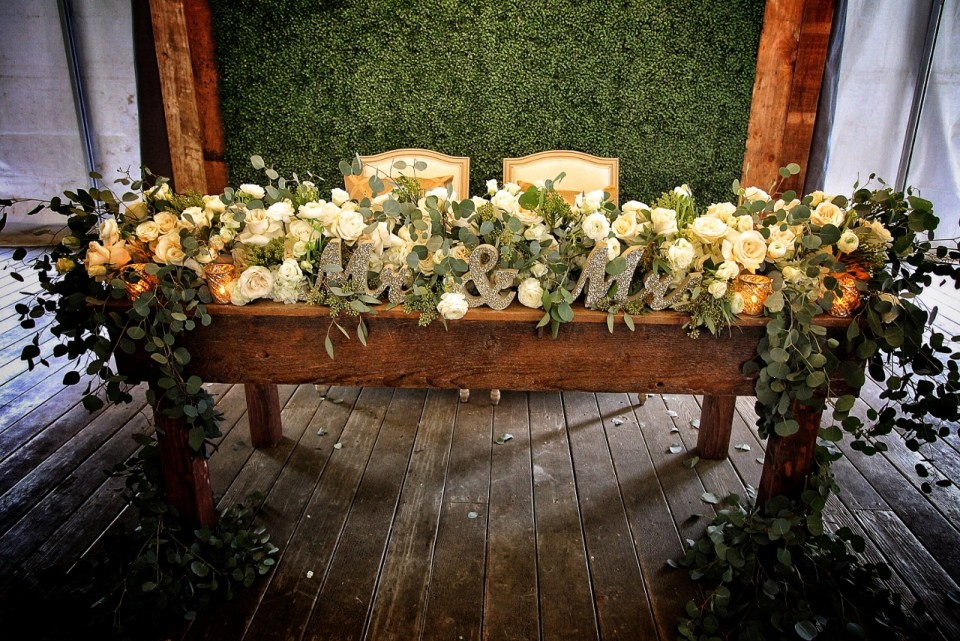 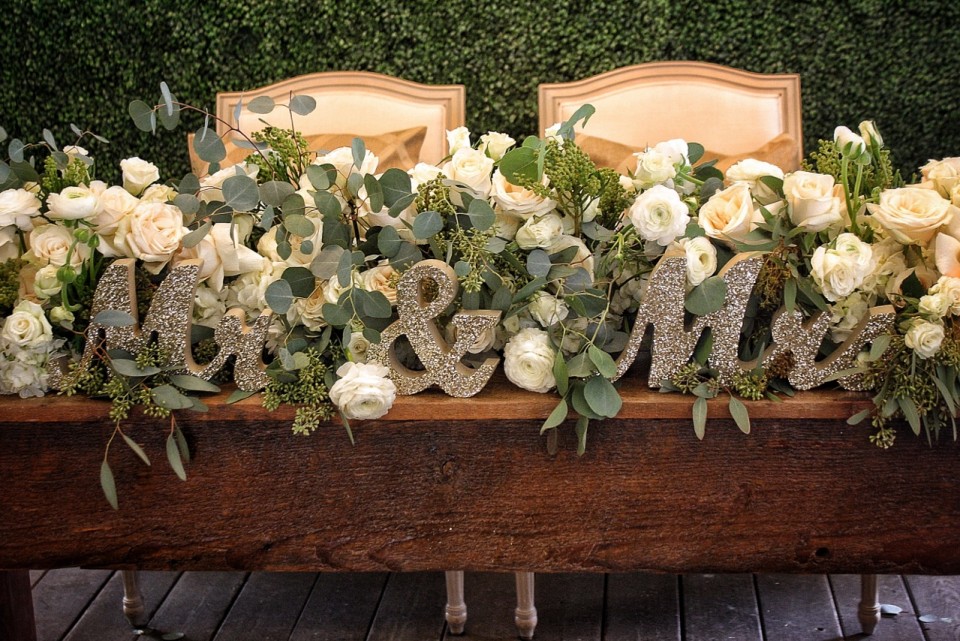 Newly engaged or planning your dream wedding? Contact us at info@aooevents.com for customized designs, consultation and planning perfect for your special day.