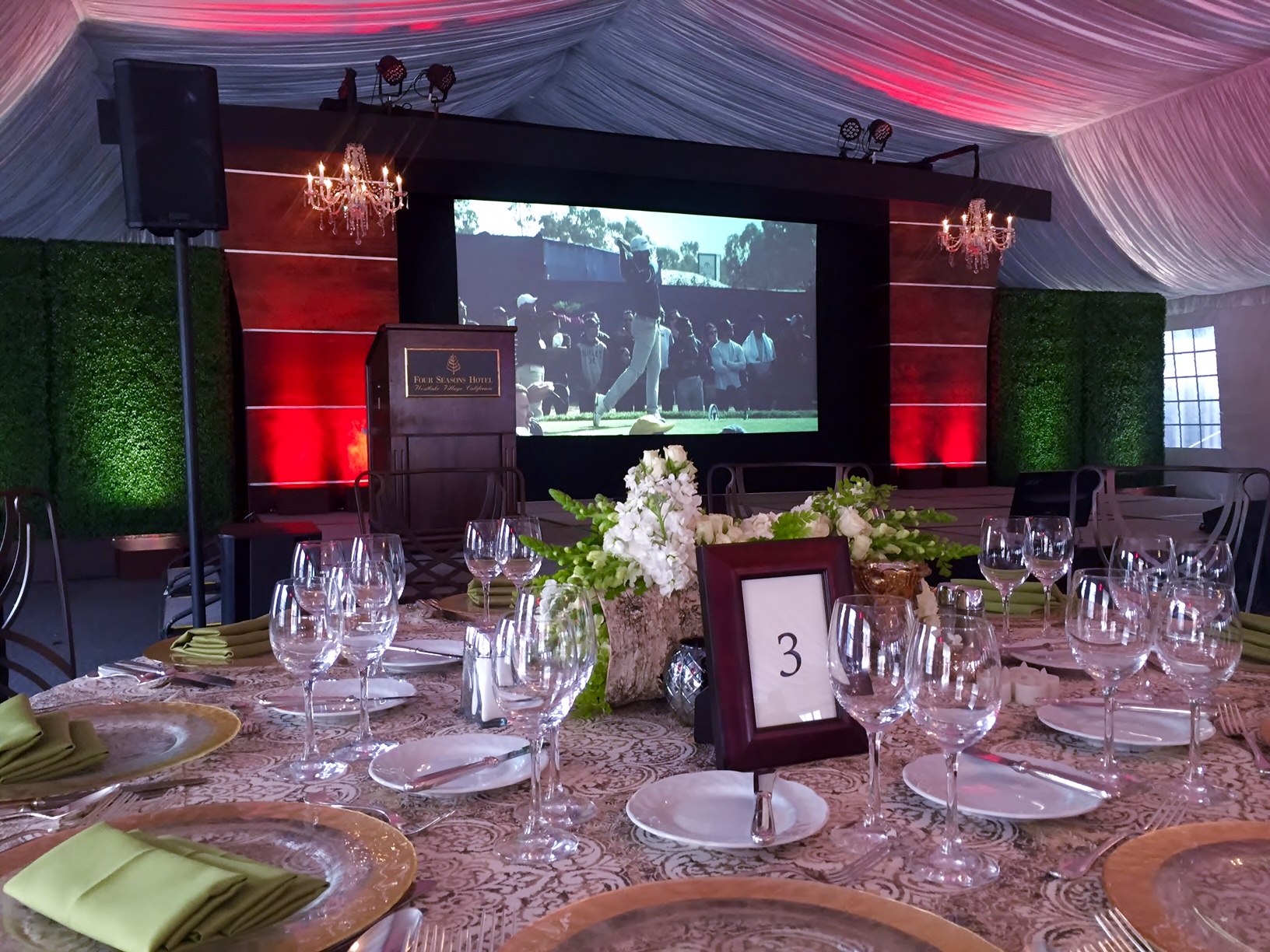 Behind every major event production is a great stage designer, a great team and a whole lot of teamwork. Once an event has been given the green light, AOO Events CEO David Merrell is usually the first point of contact for initiating design plans. For this recent event, the client knew they wanted to do something different, but wasn’t sure how it would all come together. Merrell decided he would create something new and original that would not only be feasible for the production team but also meet the creative needs of the client.

The next step was to brainstorm with AOO Events production manager Erick Badillo. “Before David starts the design process he comes to me and asks if it is possible for a certain idea to be constructed. Before we reach out to the client with a drawing, I tell the designer who in this case is David if it is possible or not,” said Badillo. Once the design is decided upon and the production team approves it, the idea is then turned back over to the client for final acceptance. 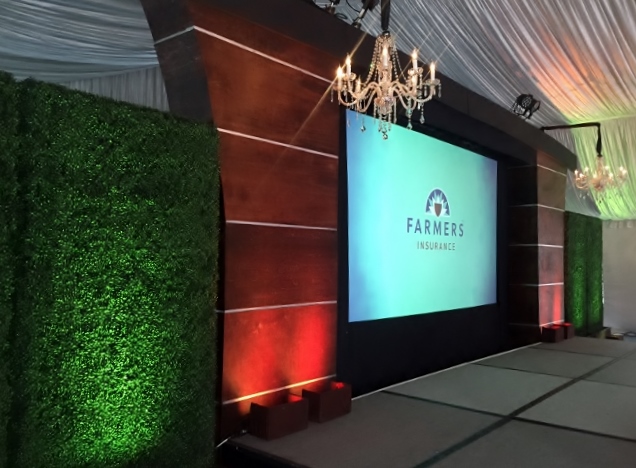 For this event the stage dimensions were 24′ W x 11′ H. There were a few challenges in creating the arch at the top of the stage. “It looked so simple but there were a few complications in getting the arch where it needed to be,” said Badillo. “The other challenge is that it was originally drawn to be at a trim height of 14′ and when we found out the space we realized the peak of the tent was 16′ and there was a tent liner inside of the tent, which dropped the height by two feet so we had to redesign and bring it down a little bit,” said Merrell. “We also had to modify the chandeliers to make sure the aesthetic of the stage would be in line with the needs of the client,” said Badillo.

The material Badillo decided on for this design was Luan wood with a red mahogany stain. In a little over two weeks Badillo and his team finalized constructing the stage for this event. To transport the stage from the warehouse to the event, the production team broke everything down so as to be as compact and light as possible. “It was in four sections, the uprights were in 6′ tall by 4′ wide panels, once we got to the location the first thing that we worked on was unloading the stage.” The next step was to do a truss and attach the stage settings to make sure the truss was as inconspicuous as possible. Once everything was situated, the team attached both chandeliers for the finishing touch. 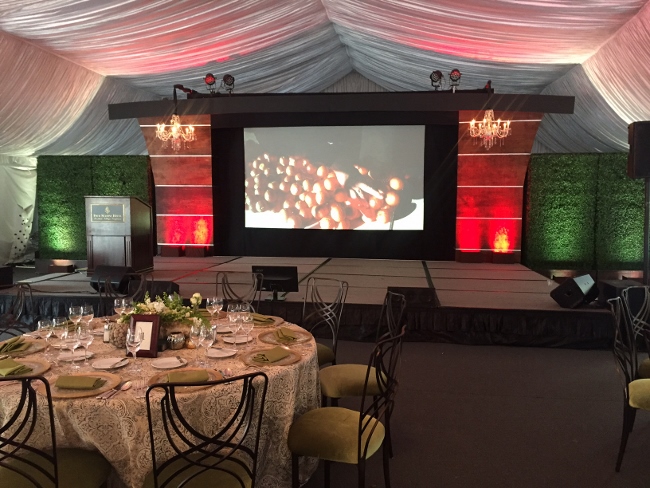 According to Badillo, “It was fun building this stage, there were minor challenges but David allowed me to lead the charge and we made it happen. The client was ecstatic and we were very happy they were happy.” As always with the AOO Events team, teamwork really does make the dream work. 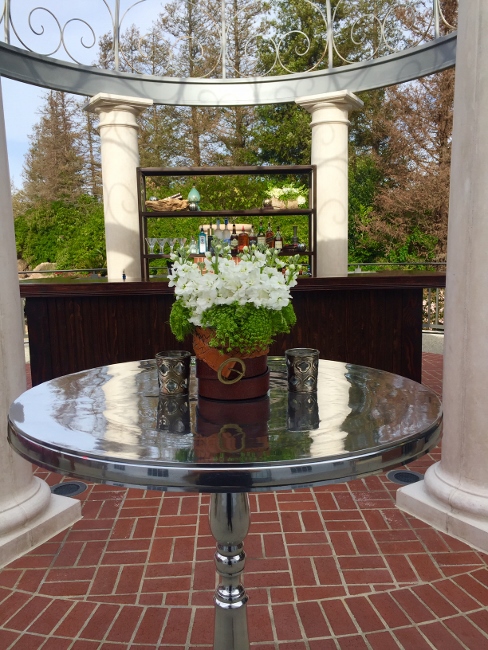 Guests were treated to an outdoor cocktail hour before the event started later in the evening. 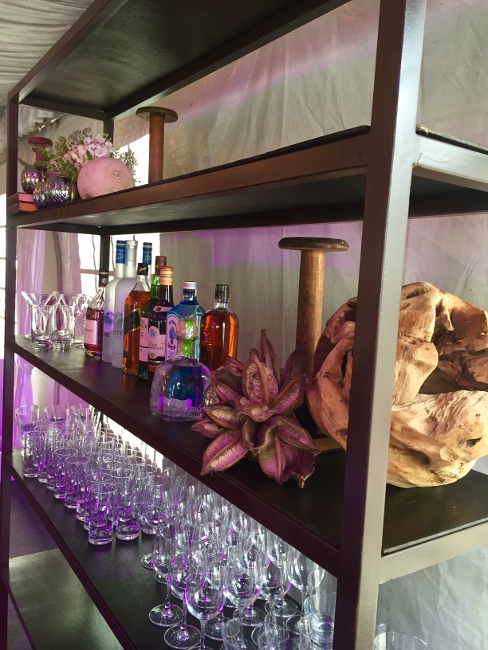 Our custom back bar with floral and decor accents. 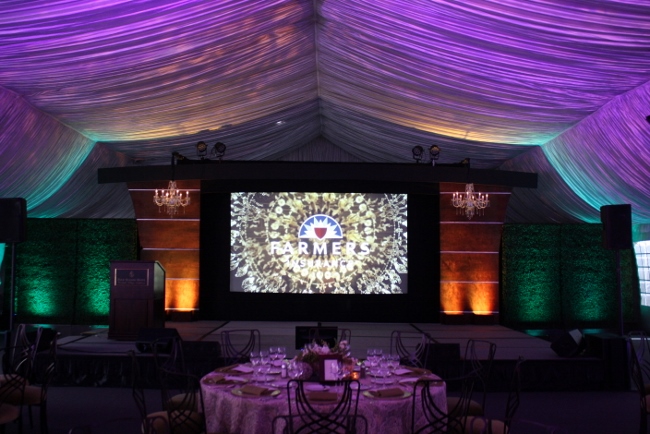 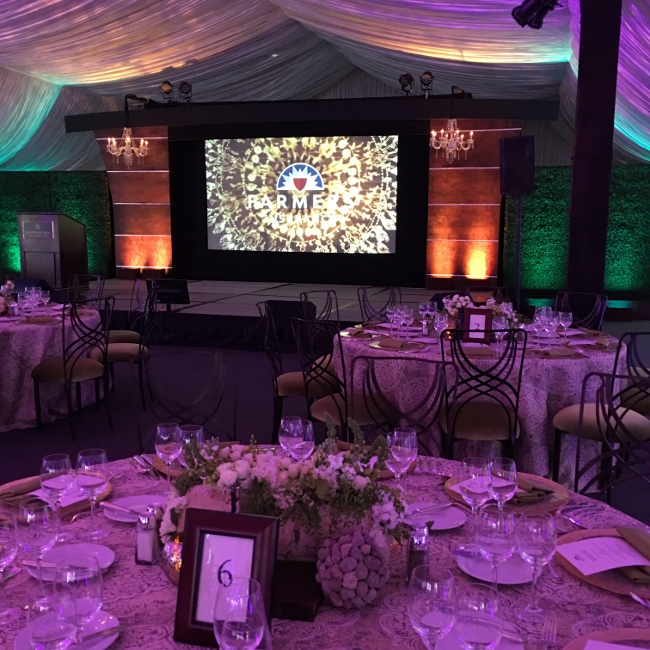 We were thrilled the client was happy with the final product of the stage’s design. 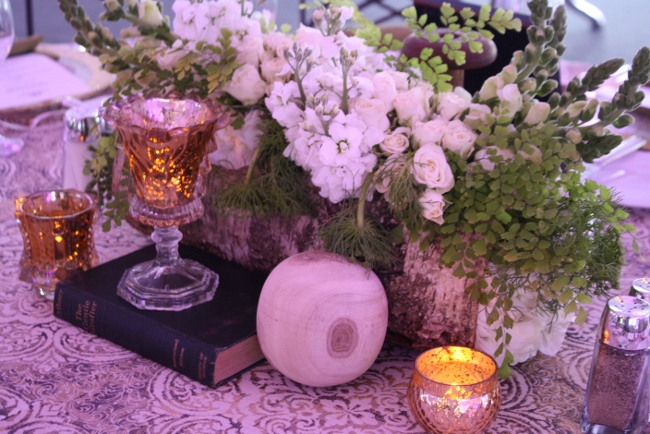 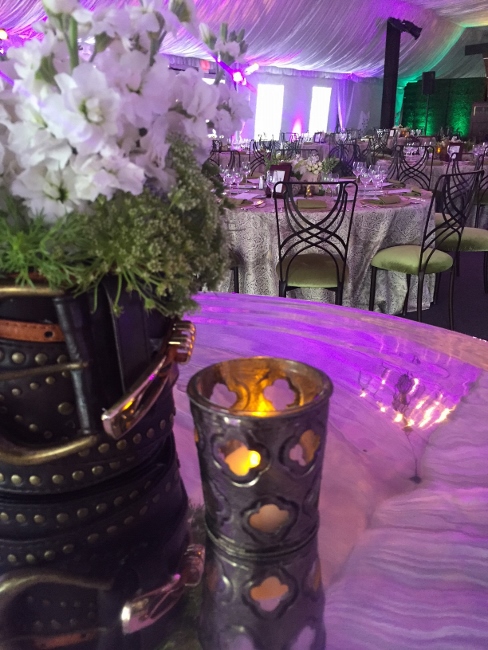 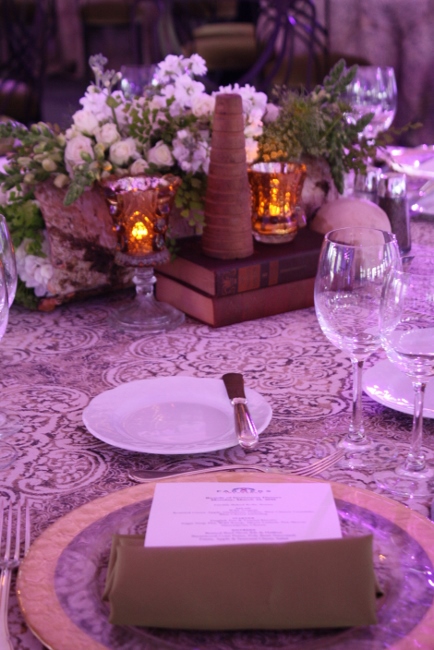 « Previous
10 Questions With AOO Events Producer: Jimmy Surace
Next »
AOO Events Team Building at the Down and Dirty Mud Run