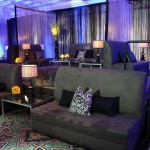 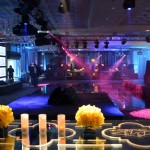 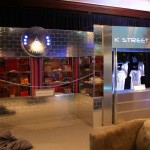 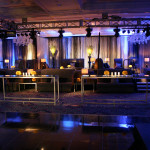 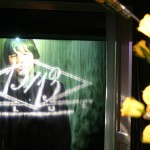 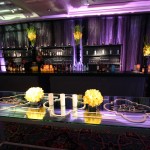 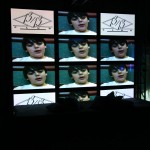 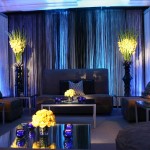 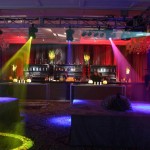 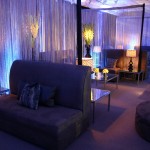 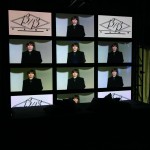 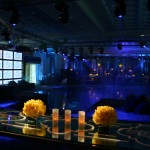 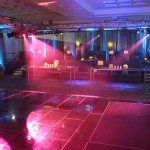 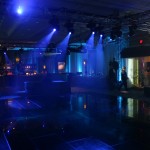 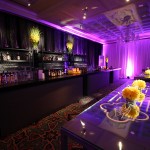 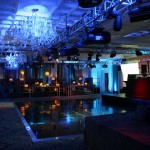 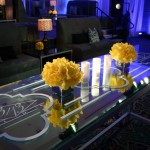 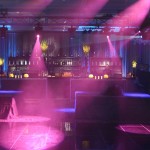 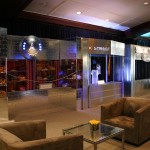 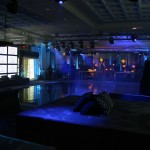 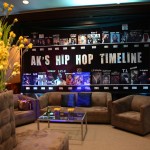 There are some people who really appreciate the “Art of Celebration.” These particular clients always call us for their family milestones and this time they were planning their son’s Bar Mitzvah. Since they have a reputation in town for hosting some of the top events in the city, they wanted this to be a special night for a really special kid, A.K.They asked us to create a kid-friendly environment that adults would also enjoy. And the kids today are growing up fast! A.K. has a passion for rap music, late night deli food, Kobe beef sliders and custom engraved bling. They wanted something different that no one had ever seen before at a property that everyone in town had used for their upscale family functions. So they were asking for a complete make-over with décor and some wild entertainment. We think we delivered!

A.K. wanted a customized VIP Lounge and we went right to the source. Inspired by Rapper Jay-Z’s 40/40 Club in Las Vegas, we settled on AK’s Hip Hop Lounge: The 13/13 Club. We felt it was appropriate and A.K. thought it was totally cool!

It began as guests entered the foyer of the ballroom. We completely covered the hotel floor with warm wall-to-wall carpeting. We brought in grey suede furniture, added black and white accents and used a “pop-color” of bright yellow. This color scheme was carried throughout the event. The central lounge area included “AK’s Hip Hop Timeline” which integrated family events with milestones in rap music. And along one side of the foyer, we created “Bling Boulevard,” a custom made series of booths created from brushed aluminum with silver accents that was like your average everyday rap market place. Here booths included custom sweats and T’s for the kids (Including New Era 5950’s, the hottest athletic shoes around) for the kids, an engraving station for your bling, and lots of food! The hit and run menu in the different booths included late-night deli, sweet potato fries, Kobe beef sliders, Asian dim-sum and lots of desserts. There was something for everyone!

The adult portion of the party was centered around “The Corner Bar” where the cocktails flowed and the appetizers were in abundance. Meanwhile the kids were in the foyer participating in the latest gaming stations, posing for digital pictures and enjoying the chroma crystal station.

When the time came to enter the ballroom, a hydrogen wall had the custom “13/13 Club” logo projected on it with the Bar Mitzvah boy’s photo as guests walked through it to enter the party.

The décor was pure 21st Century lounge. The walls were covered in white velvet that picked up the LED lighting behind a wall of floor to ceiling black fringe for an awesome look. More fringe walls created lounge settings of classic custom contour grey suede furniture accented with lamps, pillows in black and white patterned designs and bright yellow floral accents for a pop of color. The cocktail tables and tall rectangular sharing tables had custom logos with the 13/13 Club logo on them.

Another hydrogen wall centered the room and acted as the stage backdrop flanked by spandex shapes with live projected video feeds on them. Across from them were twelve 50” plasma screens creating a unique video wall with more video projections.

As the kids entered the ballroom, three MC’s including Will Gill from MTV’s Real World Hollywood and two dancers including Melissa Benners from MTV’s “America’s Best Dance Crew” partied hard with the kids while the adults continued to enjoy their cocktails at “The Corner Bar.”

MTV’s DJ Skribble rocked the night away as the adults joined the fun on the solid black high-gloss dancefloor.

Finally, the late night headliner, Rapper T.I. put the exclamation point on the evening as he performed over an hour for all in attendance.

The evening wound down as an exhilarated and exhausted group of teens enjoyed the party of their dreams while the adults enjoyed the ambiance of a kid-friendly club they would talk about for a long time to come.