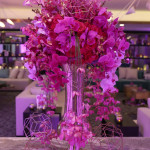 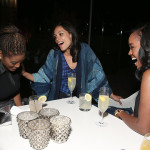 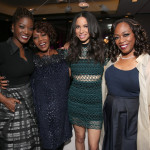 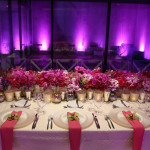 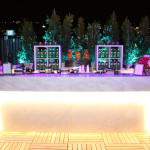 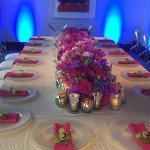 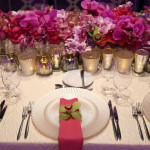 AOO Events, located in downtown Los Angeles, is a stone’s throw from The Dolby Theater, where the Oscars are held each year. In the week leading up to the awards, there are a slew of special events celebrating nominees, talent and major players in the film industry. One such event is the Oscars Sitsahs Soiree, hosted by Alfre Woodard. Woodard began hosting the annual dinner for African American women and women of color in film, over five years ago.

The event provides a supportive atmosphere for invitees to be able to enjoy their time together and catch up in the week leading up to the Oscars. According to The Hollywood Reporter, Woodard maintains that the ladies do not spend much time talking about the awards. “I’m not interested in awards, like the Olympics when people get crazy about the United States and how much we’ve won. It’s not about the medals or the sport in the art and the craft of what we do. It’s the ability we have to tell stories, to get funding for good writers and to get women and people of color into every part of the process,” she says.

AOO Events has been responsible for the design and decor of this event for the past two years. This year, the event took place in The Vivienne Westwood suite in West Hollywood’s London Hotel. The design objective was simple. It is influenced by Woodard’s favorite colors, her style and the need to create an atmosphere that give the women an opportunity to openly converse throughout dinner.

According to AOO Events CEO and creative director David Merrell, his job as lead designer is to bring Woodard’s personality to life. “My intention was to extend Alfre’s personality. She likes roses, orchids, purple and pink; and then you add the Vivienne Westwood Penthouse and you’ve got a gorgeous space. It’s really just an extension of Alfre’s personality and a way to honor this group of ladies,” Merrell told The Hollywood Reporter.

Woodard was pleased with Merrell’s design and was able to focus on the true meaning of her event. To provide a welcoming, celebratory atmosphere for her guests.