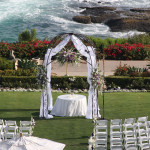 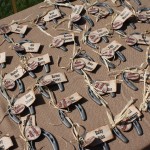 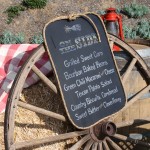 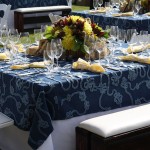 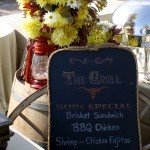 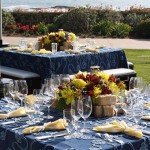 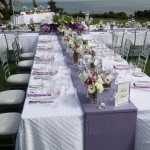 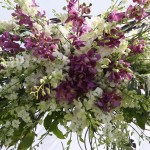 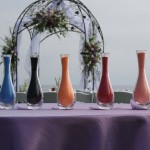 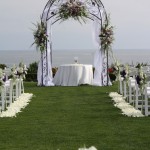 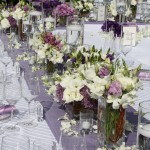 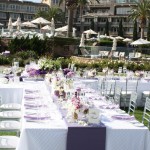 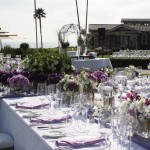 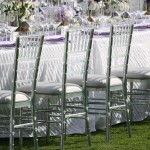 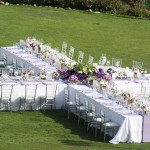 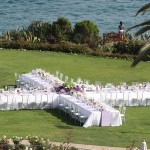 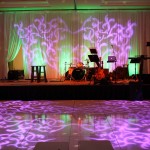 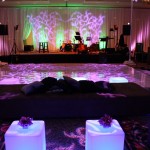 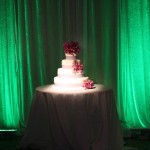 This was a wedding that was so much more than “love and marriage.” It’s a story of bringing together two families as one. On a perfect day on the California Coast, the bride and groom gave their guests a special gift of this loving wedding experience that included all their friends and both their families.This was the second wedding for both the bride and groom, so they had been here before. But this time, they had a clear vision of its purpose and what they wanted to achieve. Together they had five children, all under the age of eight, and since they were introduced by a mutual friend at their sons’ soccer game, they wanted this to be a family love story.

Though they were from Chicago, they chose a fresh venue at the Montage Resort in Laguna Beach California overlooking the Pacific Ocean. It was a small wedding of just 64 guests, including 18 children, and they wanted the experience to include everyone. Each guest had received a custom gift bag that was part of the pre-planning along with the save-the-date card, invitation and activity menu.

The ceremony began at 4:30 and was officiated by the groom’s high school math teacher, Hank, adding a special touch to the ceremony.  As a string quartet began to play Vivaldi’s “Spring,” the groom’s children started down the aisle. The younger boys carried a ring bowl and a charm bracelet followed by the groom’s daughter who scattered rose petals down the aisle. As they reached their father, they all embraced. Each of the children and the groom had picked out a charm that had special meaning to each one and the bracelet was to be presented to the bride after the ring exchange.

As the string quartet began to play “Is He the One,” the bride’s sons escorted her down the aisle with the groom’s daughter as flower girl. The ceremony was written with faith, love and family as its focal point. The wrought iron wedding canopy, crowned with magnificent floral was draped with a diamond sheer print fabric with small sequins to pick up the sparkle of the sun. It was strategically placed near a famous landmark. These two palms are known as the “Lucy and Desi Palm Trees” planted by the stars during a film production in 1955.

As the ceremony was completed, a final blessing was sung by an operatic duo of Nick Palance and Lindsay Scott. As they began singing, everyone within hearing distance, on the beach and at the hotel, simply stopped to listen adding to the drama of this special moment.

After the final kiss, the newlyweds proceeded down the aisle followed by their smiling children, leading friends and family to a reception to toast the newlyweds. The reception included a custom bar façade of white suede, standing and seated cocktail rounds covered with purple taffeta linen and centerpieces of white lisianthus, the bride’s favorite, in clear containers. Comfortable lounge settings of matching white suede with purple and lavender pillows completed the reception look. Since Rob’s favorite color is purple, this became the overall color for the wedding.

During the reception, a remarkable thing happened. The bride and groom, who were both parents, made sure to employ a child care expert for the evening who took the children away via pied piper to their own special dinner area. This colorful setting was designed with kids in mind. From pizza and burgers to fun and games, the kids couldn’t have been happier (not to mention the adults!). The hotel pastry chefs baked four cakes and the kids voted on their favorite cake to eat that night, with the other cakes served during the weekend. The clear winner was the Legoland Racecar cake winning out over Nemo, a sandcastle and palm trees with monkeys. The kids were entertained by four nannies and the performance artist host who kept the kids happily occupied.

The adults were escorted seaside to a wonderful communal setting of custom built tables that formed an “X” shape. Purple and white were the colors as an abundance of floral in crystal containers and candles filled the extended center of the tables. Specialty flatware, china and glassware along with a clear glass charger formed each place setting. A matching purple silk napkin had a custom napkin ring created with the re-creation of a broach that was very dear to the couple. Ice chiavari chairs with ice bengaline cushions completed the setting as guests basked in the view of the Pacific and enjoyed the fabulous hotel cuisine.

At 9:30 the after party began in the Grand Ballroom where floor-to-ceiling white panne velvet covered the entire perimeter. An all white dancefloor with colorful gobo projections centered the ballroom. Grey suede lounge settings with black and silver accents and purple dendrobium orchids surrounded the dancefloor. A custom stage, draped in white chiffon was the setting for a 10-piece band who played all the guests favorite tunes. Four dessert tables were piled with sweets and a beautiful cake table was covered in purple dupioni silk to display a fabulous tiered cake. The lighting added to the look with changing LED lights around the perimeter and highlighted ambient lighting throughout the room. The children joined in for the first hour for the cutting of the cake, but quickly retired as they were completely exhausted. However the grown-ups partied late into the night, celebrating a remarkable union of family and friends.