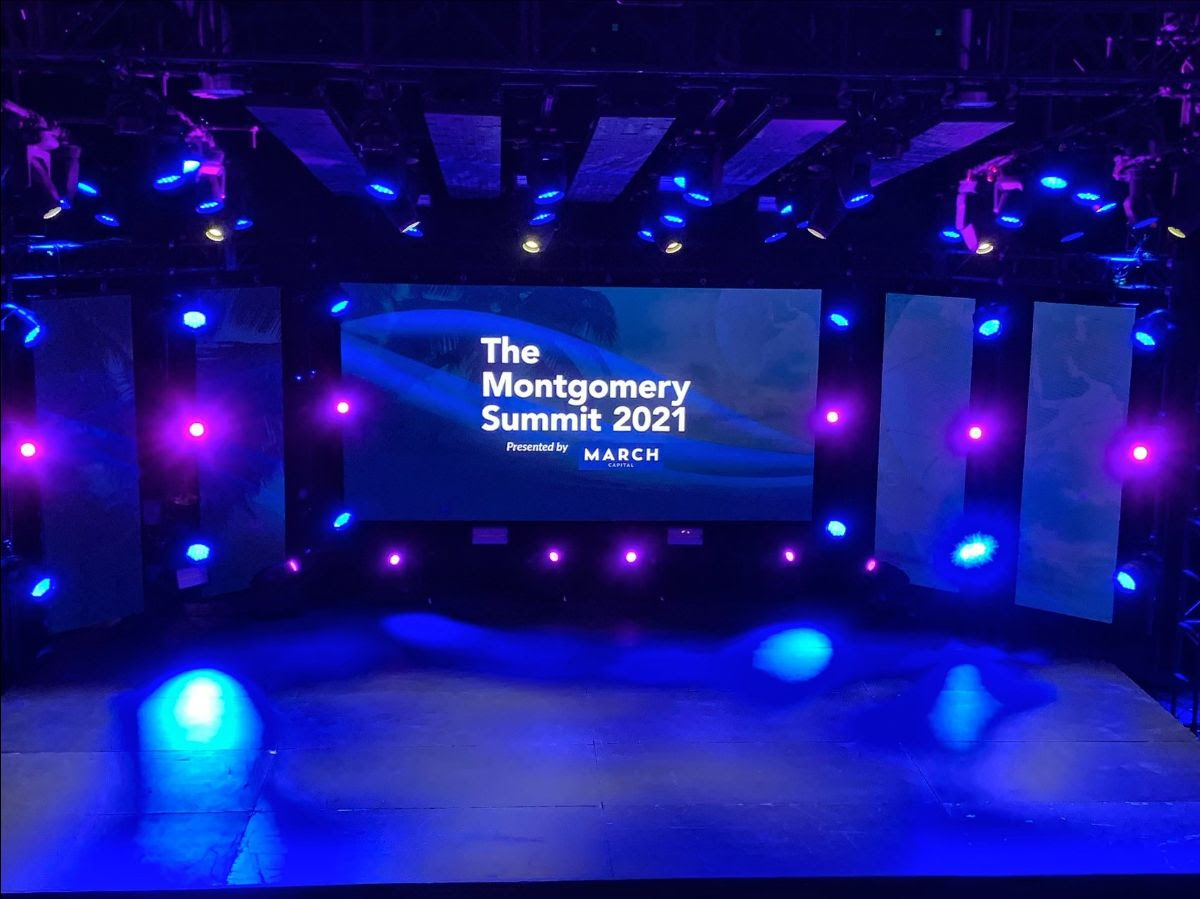 The Montgomery Summit is a two-day conference comprised of multiple presentations, and this year its production became more complex when it went virtual. The complex virtual event production included 71 seminars with 250 presenters (plus all their teams and assistants) and was streamed live to guests from Seas Pro in San Diego.

For this article we interviewed Kelly Melo, an independent producer who has worked with AOO Events on special projects such as this. As Show Producer, Kelly worked with David Merrell, Executive Producer, to run logistics on the entire virtual event production.

“We set up eight satellite stations within the studio. Each station had a team with a certain number of presentations to manage which included multiple presenters, video playback, and graphics. And there had to be back-up for each one should anything happen or one of the links go down, so we had one master station on standby to recover any sessions in the event of technical difficulties,” Kelly explains.

Keeping the assets organized was a feat during the five solid weeks Kelly and the team worked on this project. There were 250 presenters and almost 1,000 pieces of video and content.

“To manage it all,” Kelly says, “I first created a system to manage all the runs of show, pre-records, sessions, presenters, and content, then split up the sessions between 8 satellite stations and distributed assets accordingly. We really had to be precise and thorough with all the information that was being managed for these sessions.”

Her takeaway? Ever the straight shooter, Kelly said, “We killed it. I’m so proud of what we accomplished. And my team from AOO like Jaka Jaiteh who had never run a complex tech event on this level before, was committed to it and learned it in days.”

All that newfound knowledge will not go to waste according to Kelly. “These types of events will continue on. Not just because of Covid, but because people can’t, or don’t want to, travel as much as before. For us, RFP’s are exploding now. We are in full force for fall.”

Her biggest complement that the event was a success was when the top aide to Eric Yuan, the CEO of Zoom, wrote, “This was an amazing event! The Montgomery Summit will become the replicable model for virtual events in the future. This was so nicely produced. Thank you!”

For more on David Merrell and AOO Events, click here.

« Previous
4 Sustainable Event Trends to Watch in 2021
Next »
Mirror Mirror: Into the Looking Glass for a View of Events in 2022